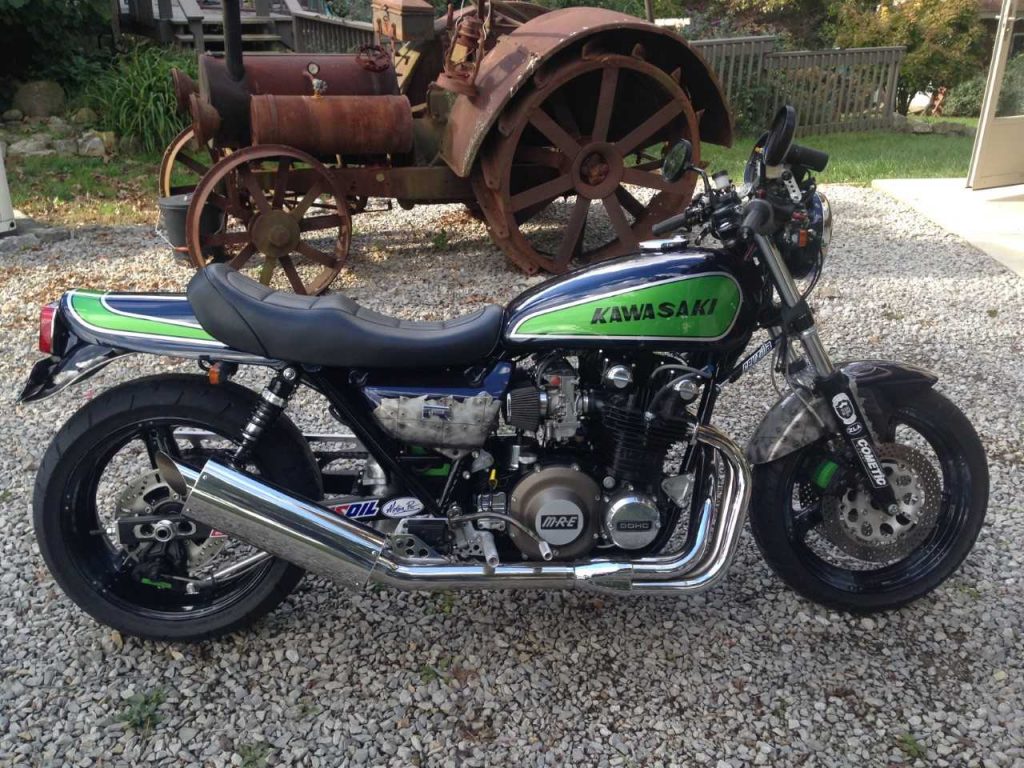 In 1977, Kawasaki released the sport bike known as the KZ1000 LTD, which was fast, reliable, and easy on the eyes.

Fast forward to the 21st Century and there has been a plethora of interpretations of this classic Kawi from all ends of the Earth. Z1 Enterprises customer Chuck Osborne from Ohio elected to throw his hat in the ring and we’re glad he did.

This ’77 LTD was a barn find project that Chuck completed 4 years ago, totally transforming the bike into what we see here. “I had a lot of fun building this bike and it has done what I set out to do” says Chuck, “which was to build an old school, solid 10-second bike with electric start and have enjoyed the reactions I’ve gotten when I take it out anywhere.” 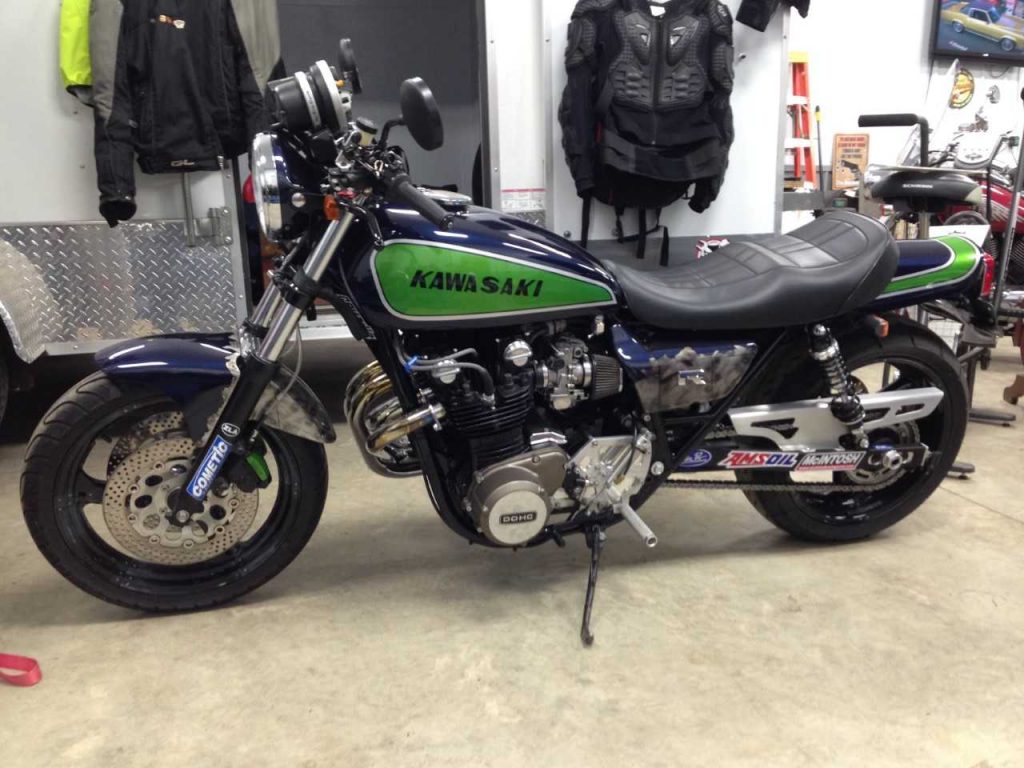 Chuck put a ton of work into modifying his ride, like adding 36mm flat slide Mikuni’s, 435 lift WEB cams, street compression 1385 MTC piston kit with a early MTC Big Block that “looks like a stock cylinder because you can still see the studs from the outside.”

He chose to go with the Z1 Enterprises strapless seat assembly and it fits quite nice! You can find the seat here.

As if that wasn’t enough, he swapped the front end for a 1989 Katana 600 with a 3 degree rake, and has been converted to a hydraulic clutch with adjustable controls.

“I am very pleased with the performance” says Chuck. “I ride it to work occasionally and have taken it to the track a few times for some Wednesday night racing.”

Excellent work, Chuck and thank you for choosing Z1 Enterprises for your choice of seat! Salute!