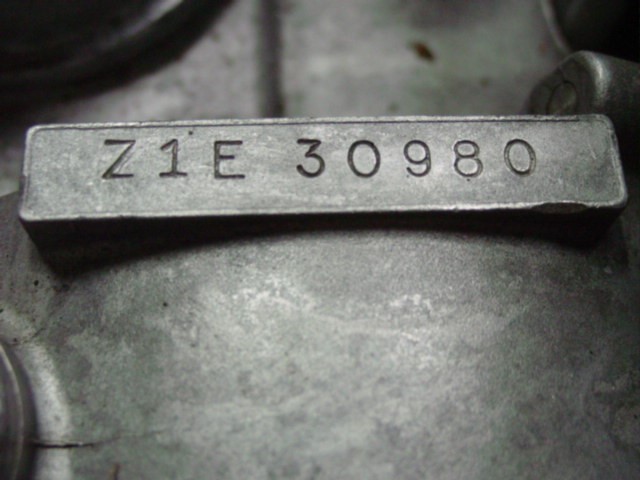 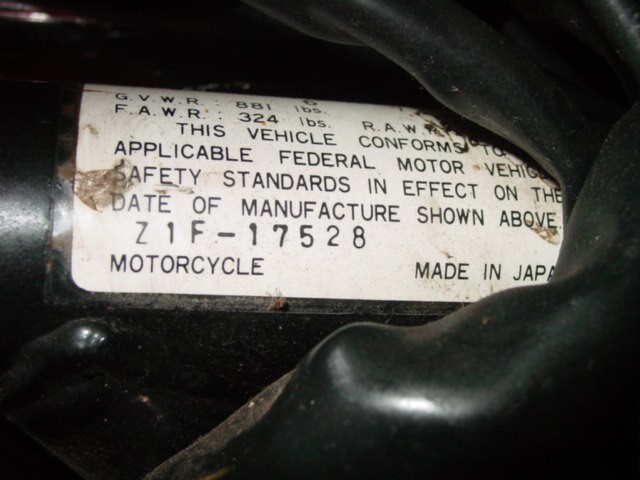 While the frame and engine numbers are the best indication of the model and whether the engine has been replaced, these are not the only numbers to help validate an ‘authentic’ Z1.

So please read on…
Date codes 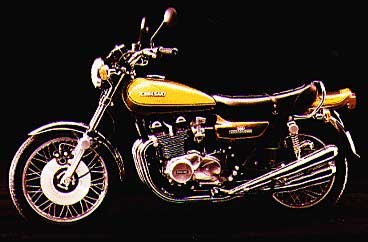 On a number of Z1 components are date codes. For a bike assembled in June of 1973, it is reasonable to expect all of their parts to have been made in the current month (Jun 73), prior month (May 1973) or even two months back (April 1973). It is not reasonable for parts to have been made AFTER the build date. Yet on close inspection of numerous ‘restored’ bikes, it is obvious the restorer utilized factory replacement parts or parts from later models to replace marginal or damaged parts.

The following components all have date codes and on the numerous bikes we’ve inspected, all the original bikes have parts within the two month window, with most parts being within one month.

On the top right front of the swing arm, by the grease nipple, is a date code. This shows the date of manufacture for the swing arm. The code uses the format Y MM where the first number is the LAST digit of the year and the other numbers are the 1 or 2-digit month. For example: 3 12 is December 1973. 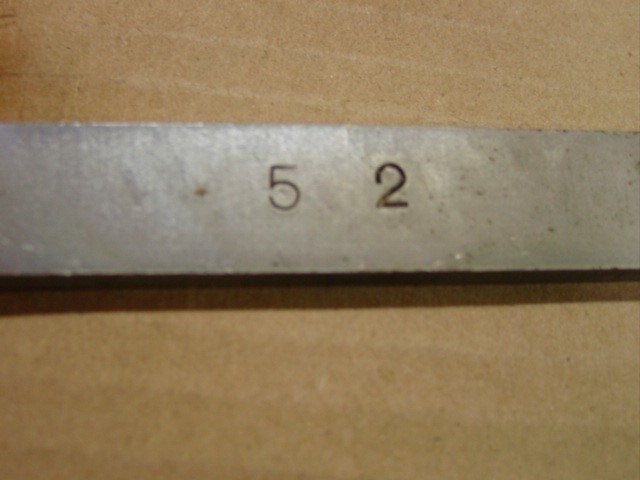 On the back of the chrome bar is a date code similar to the one on the swing arm. In this example, February 1975
Front disk rotor

The code on the rotor is more difficult to interpret. The first digit is numeric, the second is alpha. 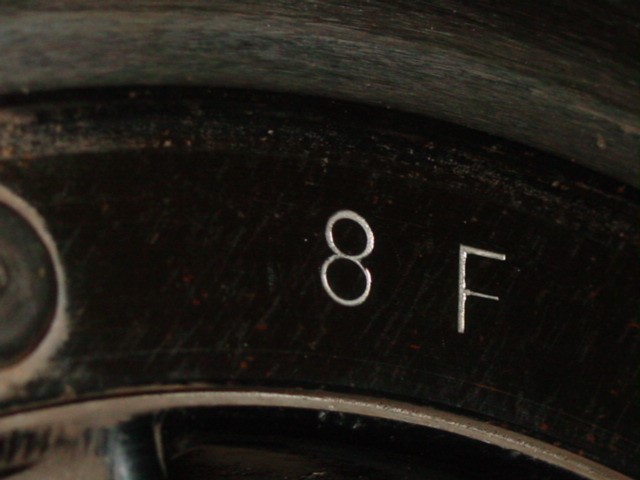 The first letter of the code is another year code – it is based on the number of years in the reign of the Japanese Emperor Showa (also known as Showa Tenno Hirohito, who came to power in late 1926). The 47th year of the Emperor’s reign is 1972. So the code represents the last digit of the year. The second digit is a sequence number – probably a month code, although the letters are not consecutive. 8F in the picture is on a June 1973 Z1.

With 8F codes, these disc rotors appear on 1973 Z1’s built in June and July 1973. So the F coded rotors were probably made in June or May 1973.
Handlebar switch blocks

On each handlebar switch block is another date code showing the date of manufacture. When the switch block is removed from the handlebars, the code is on the outside of the case facing the handlebar grip. The code uses the format Y MM where the first number is the LAST digit of the year and the other numbers are the 1 or 2-digit month. December of 1974 in the picture.

Of these, 21,344 were produced at the Kawasaki factory in Lincoln, Nebraska – with some of the components sourced in the USA(plastic side covers) 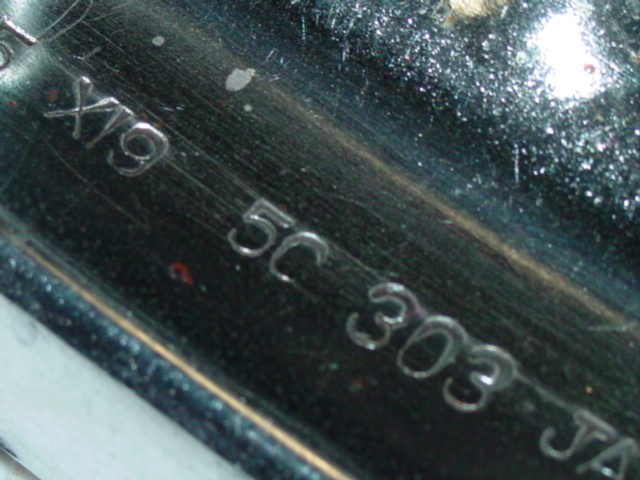 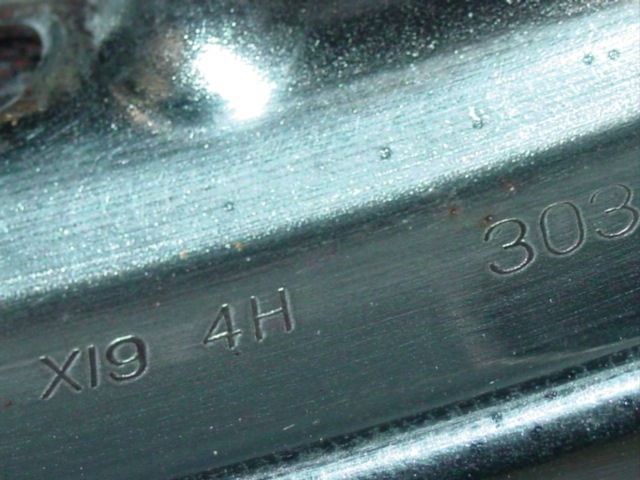 On each rim is yet another date code identifying the date of manufacture. This code uses the last letter of the year and a sequence code – probably a sequential date code. These two examples are from an early 75 bike on the left and a mid 74 bike on the right. 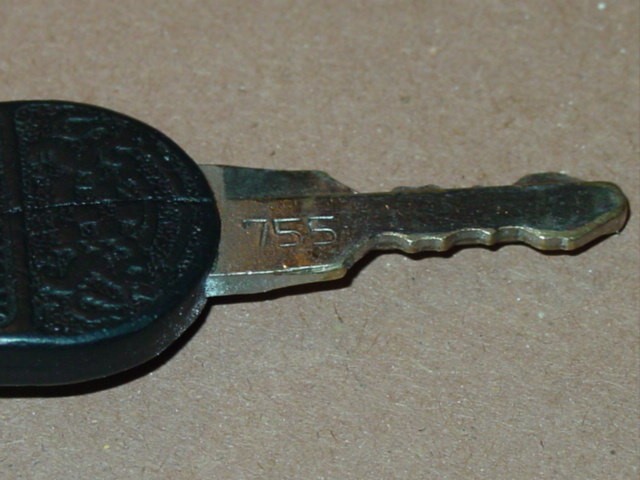 All of the Z1, Z1-A and Z1-B motorcycles used a matching set of locks for the ignition switch, steering and seat locks – these ran in the series 751-755.

In 1975, Kawasaki began producing motorcycles in the USA. A new factory was built in Lincoln Nebraska to construct the KZ900. Engines and many of the parts were still made in Japan, but the bikes were assembled in the USA.

The LTD models were produced uniquely in the USA and only sold in North America. These LTD’s used some components made by USA companies – for example the exhaust was manufactured by Jardine, the shocks by Mulholland.